Welcome from the Chair of Local School Board Stuart Evans.

On behalf of the Local Governing Body at SGS Berkeley Green UTC, welcome to our website. 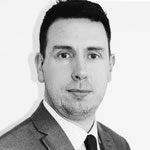 As part of a Multi-Academy Trust, the Local School Board is a Committee of the SGS Academy Trust Board of Trustees.

SGS Berkeley Green UTC has high expectations for all and we are passionate about delivering education for young people that both inspires them and enables them to succeed in the sectors of Engineering and Digital Technologies.   We are a committed Local School Board who both support and challenge the Head Teacher and Senior Management Team through the monitoring of quality activities and engagement with stakeholders of the school.

Learners are our number one priority and all staff, governors and trustees work together with a common aim of providing a safe and personalised learning environment in which all learners can reach their potential and have a positive time at the UTC. Parents and carers are very much part of the whole school community and we welcome your input through links with Parent members and involvement with the UTC.

Do you want to make a difference in the lives of young people?

The Local School Board members are volunteers, playing an important part in raising the standards of achievement for all pupils.

The Local School Board encourages the recruitment of members from all sections of the community and applications are always welcomed from people of all cultural backgrounds, skills and experience. Details about the Roles and Responsibilities of the LSB members, together with current member details including Parent representatives, can be found below.

If you require any further information, please contact our Clerk – Lisa Day on lisa.day@sgscol.ac.uk.

Our Local School Board Members

Stuart is Assistant Principal 16-18 at SGS College. He holds responsibility for the provision of Study Programmes from Entry Level through to Level 3 with this encompassing Academic, Technical and Vocational pathways across SGS College’s 5 Campuses.

In addition to his role at SGS, Stuart sits on the Post-16 Skills Group for Bristol City Council and also works with South Gloucestershire Council for their Post-16 provision.

As the School Board member linking SGS College with the UTC, Stuart is focused on ensuring that all learners have the opportunity to achieve their potential and that the UTC provides an educational environment in which learners can thrive

Nick is a retired headteacher having lead schools in Bristol and West London. He was principal of the first state funded school in the UK to be sponsored by an overseas organisation and, more locally, was a founding leader at John Cabot City Technology College. He is now an educational consultant working in the UK and overseas.

Nick is the Senior Education Advisor for the Baker Dearing Educational Trust and is heavily involved in supporting young people on the autistic spectrum, especially in projects that allow autistic young people to live independently in the community. He is a ‘hands-on’ craftsman and engineer who enjoys making ‘one-off’ pieces of furniture. Nick lives in Keynsham with his wife and has three grown-up sons.

I am passionate about my research in Computer Science and about my teaching and demonstrating work. My previous employment has been as a software engineer, a software architect, a research assistant and currently as a senior lecturer. I am currently working at the University of Gloucestershire as an Academic Course Leader in Degree Apprenticeship Cyber Security. My technical skills include several programming languages, development tools and methods. I have solid experience in maintaining information and software security as well as in implementing and updating effective security systems for organisations. I also earned the degree of Doctor of Philosophy in Computer Science.

I believe my experience in Computer Science and Cyber Security will add value to the Local School Board of SGS Berkeley Green UTC. I look forward to continuing a productive and pragmatic relationship with the school.

Matthew is currently a Systems Design Engineer working within the aerospace industry. After gaining an MEng in Aero-Mechanical Engineering, Matthew has held varied positions across the industry working on projects relating to Maintenance Repair & Overhaul, Virtual Reality and Data Science. Now focusing on future programmes, he aims to increase the efficiency of aircraft power and propulsion, specifically through the electrification of such systems.

As an active STEM Ambassador, Matthew seeks opportunities to inspire the next generation of engineers via various outreach activities. He hopes to tap into his local network of STEM Ambassadors to bring evermore collaboration with Industry to Berkeley Green UTC.

Nigel Vaughan is a Chartered Engineer and Fellow of the Institution of Engineering and Technology.

Engineering has been a passion for Nigel since primary school, where his head teacher discovered he had a talent and fascination for electrical circuits and running the school film projector.  Over the years he has worked in electronics design, been a Royal Navy engineering officer, managed a factory, undertaken radar systems research and been Chief Engineer for large complex projects.

Since forming, growing and selling a successful engineering science consultancy, he became involved in training systems engineers for a European aerospace company, and is a Trustee of a body that manages a large part of the upper Severn Estuary, including shipping to the port of Sharpness. He joined the School Board of Berkeley Green UTC out of a strong desire to contribute to encouraging young people to get excited about engineering and technology.

Nigel is married, with two sons, lives in Wotton-under-Edge, and enjoys sailing a small wooden yacht and flying a little aeroplane.

Chris has a degree in design and another in advertising. He has over 20 years experience running his own communications agency, working with clients around the world and employing young people with degrees and on apprenticeships.

As a STEM ambassador Chris firmly believes that engineering and science hold the key to the future prosperity of young people, as they’re the ones that will design the future. He has held roles as the chair of the creative industries sector group in Gloucestershire, on the board of Festomane and advised on the Made in Britain campaign.  Chris now works as a consultant, helping scientists and engineers communicate with the world and is part of the extended science and engineering team for MiT’s Venus Cloud Life Missions.

In his free time, Chris is an astronomer and inventor and can regularly be found with his head in a 3D printer or sharing his passion for space exploration.

Valentina has a degree in Telecommunications Engineering with over 25 years experience in the networks industry. She is a Principal Solution Architect at BT/EE, delivering end-to-end design of innovative mobile services, translating business requirements into technical designs across all domains within the EE network. Her role has made her a subject-expert, sharing knowledge within the company through master classes and acting as ambassador of the architecture team across the wider business.

She believes young people can achieve if they are well motivated and surrounded by an inspiring environment. She is committed to ensure Berkeley Green UTC keeps high standards while crucially maintaining the student’s motivation at their highest.

In her free time, Valentina supports the elderly by hosting tea parties and loves long walks in the country side. She is married, mother of 3, has a dog and two cats.

Lisa can be contacted on lisa.day@sgscol.ac.uk.